EDUQAS A Level Geography
Section B Changing Places
1.3 Changing places
1.3.7 The rebranding process and players in rural places
1.3.8 Rural management and the challenges of continuity and change

OCR A Level Geography
Topic 2.1 – Changing Spaces; Making Places
1. What’s in a place?
2. How do we understand place?
3. How does economic change influence patterns of social inequality in places?
4. Who are the players that influence economic change in places?
5. How are places created through place making processes? (Case study of one place that has undergone rebranding.)

2. Subject overview
For the past 50 years, the ‘sun, sea and sand’ model of tourism has been used in Mallorca. However, this model is now stagnating and proving to be unsustainable. As a result, in 2012 the Balearic Islands government approved the Integrated Tourist Plan for the Balearic Islands. This stated that each local village council should develop a local plan for tourism and place making (to be completed by the end of 2015) focusing on the development of the concept of sustainable development as promoted by the World Tourism Organisation. The principal objective is the implementation of a responsible tourism policy. This will involve: adapting to changing circumstances; minimising the negative impact of tourists on the economy and environment; avoiding conflicts between tourists and local people; and becoming a destination for sustainable tourism.

The Mallorca government has recently focused on a regeneration process in the Es Pla region. For the past 50 years this agricultural area was perceived as being of little interest to visitors and was therefore marginalised by the tourist industry. As a result, it remains largely untouched. The regeneration process is presented by the government as: an opportunity to develop a model of sustainable tourism; to give villages a chance to engage in place making; and to provide employment opportunities for the local people.

This study is an opportunity to investigate and understand to what extent places are able to adapt to changing circumstances and engage in place making. If the island follows a process of regeneration, it can be rebranded. However, for it to succeed, all stakeholders need to involved in the process. This is not something that has happened in the past.

3. Key information
Mallorca is the largest island in the Balearic Islands archipelago, located in the western Mediterranean, with a population of 861,430 (Ibestat, 2016). Other islands include Menorca, Ibiza and Formentera. Tourism is the main industry.

Es Pla de Mallorca (the Mallorcan Plain) is the unofficial name for the centre of the island of Mallorca. It includes 13 villages and, historically, is the least tourist-focused part of the island. Until the 1980s the local population lived principally through intensive agricultural production rather than involving themselves in tourism. In the 1990s Es Pla became a commuter area. Residents travelled to Palma or to other island towns to work and then returned to the villages for the night or for the weekend. 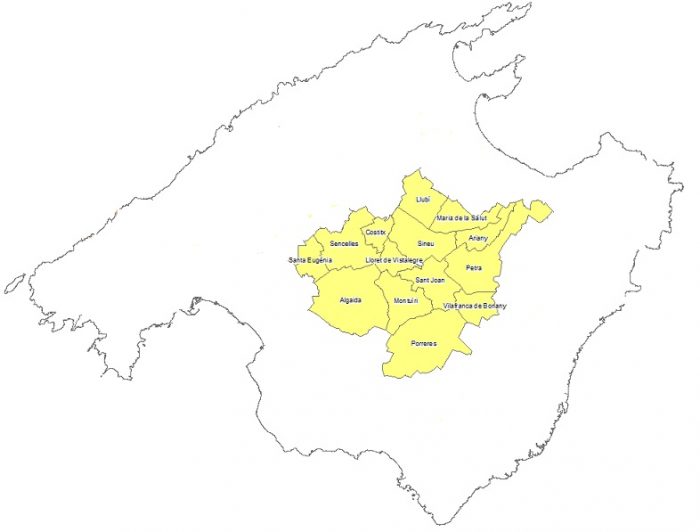 In the mid to late 1990s, Es Pla slowly began to open itself up to tourism. This coincided with need to regenerate the outdated tourist model used by Mallorca and the perception that many tourists were now both environmentally aware and interested in culture. Properties in the countryside that had been the houses of great-grandparents were renovated and rented out to tourists. Visitors used them as a base from which to visit other parts of the island. However, these villas were private, isolated ventures that had no real impact on the area. One reason for this was that visitors were not encouraged to explore the area. Despite an emotional attachment, many local residents had a negative perception of their own village (place identity had not been established) and consciously or unconsciously transmitted their views to their guests.

In 2000, the Es Pla regional organisation (the Mancomunitat) produced a guide to the area entitled Golden Lands.

This first attempt at rebranding the area did not involve regeneration. It suggested seven routes that incorporated visits to the villages in the area. The themes for the routes were: cycle-tourism, gastronomy, wine, archaeology, museums, windmills and religious buildings. Although it was ineffective due to poor and discontinued promotion, it was the first sign that the area was thinking about tourism. It also indicated that the area was undergoing a transformation, one that would affect both the economy and the social structure.

The process of rebranding the area was haphazard, unplanned, blinkered and did not involve the local people in a participative process of regeneration. Although some businesses ended up benefitting from tourism, as a whole, the area and its inhabitants did not.

Since about 2005, Mallorca has proved to be a very popular destination for a new type of tourism – cycle-tourism. Many routes pass through Es Pla. However, few of the participants actually stop to explore the villages in the area.

As a result of the 2012 Integrated Tourist Plan for the Balearic Islands, the villages of Es Pla engaged in a period of reflection with regards to their identity and their role in an economic model based on tourism. Each village council was asked to undertake a SWOT (strengths, weaknesses, opportunities and threats) analysis with the view to implementing a regeneration and rebranding process.

Sustainable tourism could potentially bring many benefits to the area. These include:

To date, the Es Pla councils are working independently and a network has not yet been established.

The United Nations declared 2017 as the International Year of Sustainable Tourism.

The study involves a comparison of three adjacent Pla de Mallorca villages: Sineu, Montuïri and Petra. Each of them has a unique identity that could be used aid regeneration and the subsequent rebranding process.

Students will also be given access to qualitative and quantitative secondary data including: transcripts of interviews with members of different stakeholder groups; historical photographs, maps and newspaper reports; data and graphs regarding demographics, employment and transport.

Sineu (2016: 3,641 inhabitants) is the capital of Es Pla. Its Wednesday market was established 700 years ago and currently attracts 6000 visitors every week. Many of the tour operators include it in their itineraries. Its main challenge, in the face of overcrowding, is to continue to maintain the market’s identity and to promote responsible tourism. 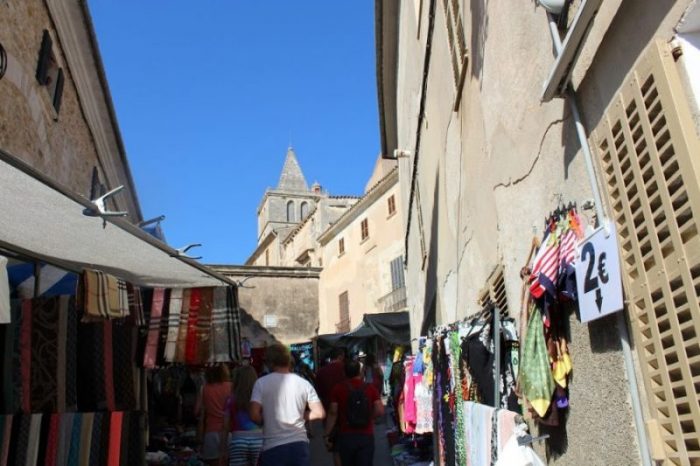 Petra (2016: 2,794 inhabitants) is the birthplace of the recently canonized Saint Junípero Serra. He is seen, by some, as one of the founding fathers of the United States. As a result, Petra is sometimes visited by American tourists who wish to visit Serra’s house and a museum dedicated to his life and work. Cycle-tourists also sometimes stop in the village square for refreshments.

Montüiri (2016: 2,836 inhabitants) is not regularly included on tourist itineraries despite the village having archaeological remains and an archaeological museum. 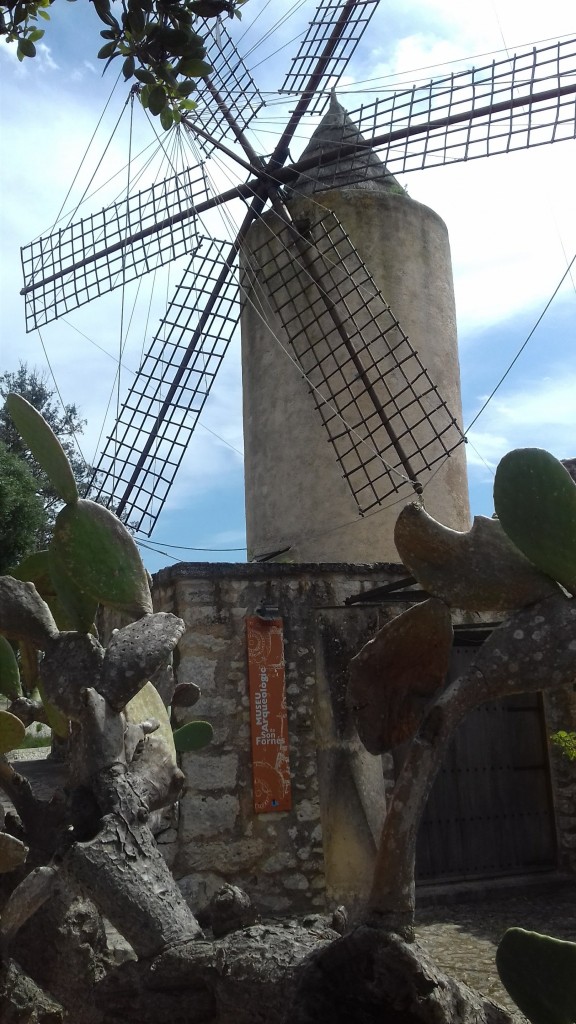